Should there be any personal information you wish us to remove from the website or want us to correct, please contact us at feedback@ipps.org

Members’ records are regarded as confidential and therefore will not be divulged to any third party. We will not sell, share, or rent your personal information to any third party or use your e-mail address for unsolicited mail. Any emails sent by this Society will only be in connection with the provision of agreed services and products.

We may use software embedded in our website to collect information about which pages you view and how you reach them, what you do when you visit a page and the length of time you remain on the page.

The Society does not have access to your credit card details. Your online payment information is never taken by us either through our website or otherwise. At the point of payment, you are transferred to a secure page on the PayPal website.

A tribute to Clive Mullet 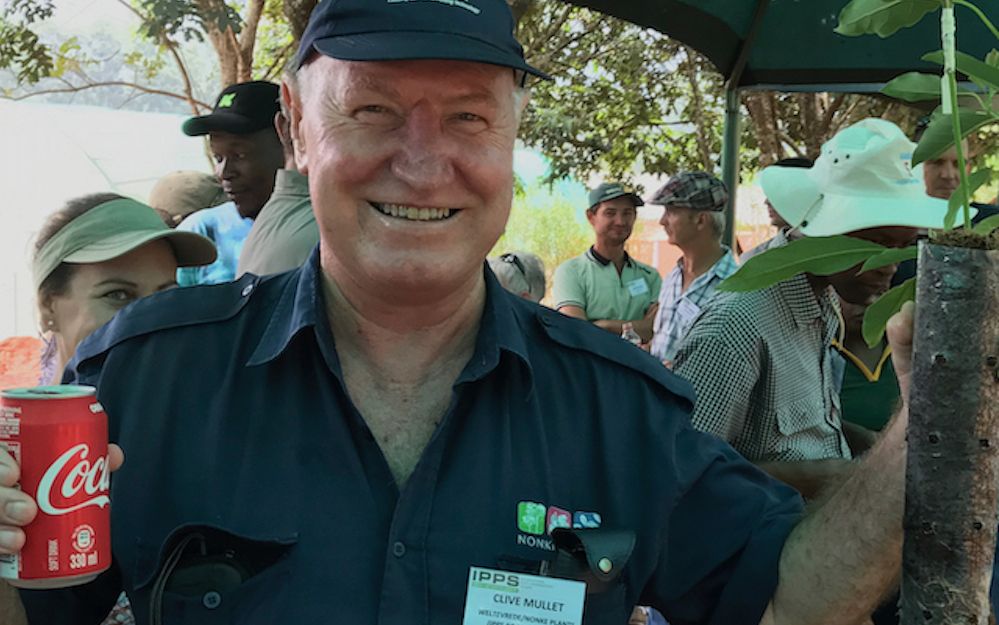 It is with a deep sense of sadness that I write this tribute to honour Clive. We have all lost a humble, quiet and unassuming friend, colleague, co-worker, father and husband. His passion for life and the IPPS society will be truly missed.

From earlier years when I first met Clive I was immediately struck by his dedication to his work as a plant propagator and production manager for Nonke Plants, then Weltevrede Nursery. His commitment to Nonke Plants over the past 25 + years has been the same as his commitment to the ‘seek’ and ‘share’ philosophy of the IPPS. Many current IPPS members, myself included, can attest that it was Clive that introduced them to the society.

As a board member since 2005, Clive was passionately and enthusiastically dedicated to furthering the ends of IPPS. He took the lead on, not only initiating local workshops, since 2004, and nursery tours but helping to manage the local workshops, conference programs, budgets, and garnering sponsorships for events. Clive was a ‘doer’ and got the tasks done. A rare positive attribute in these changing times. In a meeting, if a decision was made to contact somebody, he would take out his phone and call immediately. Job done!

Many of the conferences since 2006 have had Clive’s budgeting skills behind them, and the positive financials post the conference told the rest of the story. Post conference tours also become a Clive ‘trademark’. He would organize the tour program, budget, and even arrange to drive the minibus if so needed. His ‘raizon de etre’ , was organizing and hosting the ‘Green Fingers’ post conference tour of the 2014 International Conference in South Africa. He took great pride in showcasing the Western Cape region’s nurseries.

When Clive was not behind his desk, budgeting and costing, he could be found implementing new programs and strategies in the nursery, many of which he had in turn seen and learnt on IPPS tours. In 2010 and 2011, Clive was President of the Southern Africa Region, and attended the Eastern Region of USA and Australian International Conferences as an International Director. On returning from these tours he was always enthusiastic about what he saw and was ever eager to share this information at workshops and conferences.

Plants and plant propagation remained Clive’s primary passion, with a wealth of knowledge acquired over his lifetime about propagating both exotic flora and indigenous South African flora. He carried out numerous trials and studies with different propagation mediums, plant rooting hormones and PGR’s (growth regulators), often sharing this with the society in workshops and nursery visits.

Clive continued his dedication and enthusiasm all the way to the end. Sitting with him during my last visits I watched his face light up as he continued to maintain an interest in the nursery industry and the IPPS.

We all loved Clive and he will be greatly missed.